This was the year affectionately known as “Year 0”. The team was formed in 2010 and did not compete in any invitationals prior to attending the Davenport Regional without even knowing what “pre-trial” was.

Civil case – Davis v. Happy Land Toy Company. A young child swallowed several dozen beads from his older sister’s make-your-own jewelry set. His babysitter found him lying on the carpet minutes later and hurried him to the hospital. The boy died shortly after. Tests revealed that the beads he swallowed contained 1,4-butanediol, a precursor for a controlled substance called gamma-Hydroxybutyric acid (â€œGHBâ€). The boy’s parent has brought a civil lawsuit for negligence and strict liability against the toy company that designed and manufactured the jewelry set that allegedly caused the boy’s death. 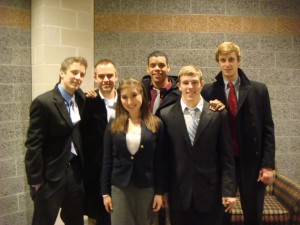